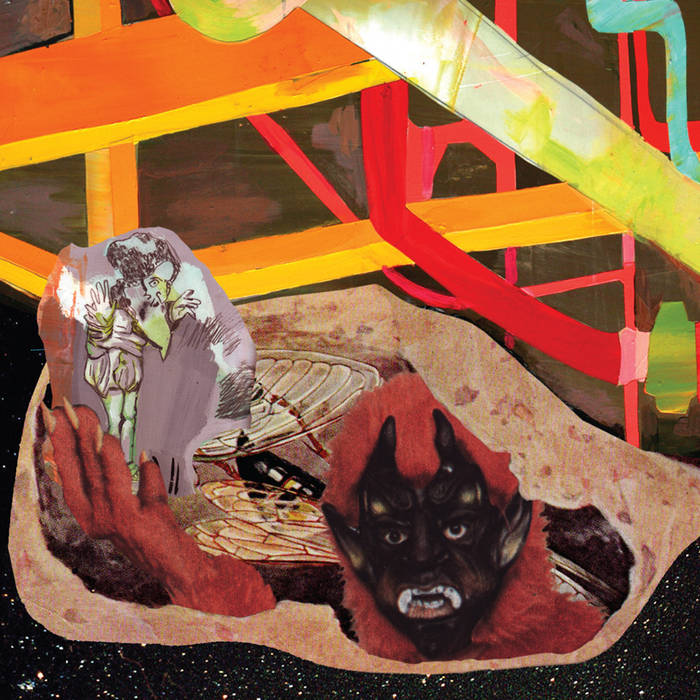 Recorded and engineered by drummer Arlen Thompson, At Mount Zoomer is Wolf Parade’s second album for Sub Pop. Their first, Apologies to the Queen Mary, came out in the fall of 2005 and was described by Uncut magazine as, “frequently appealing.”

Singer/guitarist Dan Boeckner: “After Apologies… we wrote about four or five new songs, but we decided to throw them out because they sounded too much like what we’d already done. We could have easily made another Apologies… but what would have been the point?” Instead, the band committed itself to a period of experimentation, recording long improvisational sessions in the Montreal church owned by The Arcade Fire. These tracks were then cut and pasted into discrete compositions. The result is a complex matrix of components and modules that, thanks to the collective efforts of each band member, never feels labored or fussy. From the nimble opening strains of “Soldier’s Grin” to the eleven-minute aggro dirge of “Kissing the Beehive,” they hand authority of the songs around among them with a refreshing absence of ownership. Where Apologies… could be read as a good-natured, sweaty volleyball match between Boeckner and singer/keyboardist Spencer Krug, the new album shows the band as a fully coordinated moving front. This collaboration isn’t just a work ethic—the band’s many offshoots, side projects, and domestic ventures have taken each of them far from their home base in Montreal for extended periods, compressing their time as a functioning unit. “It’s hard enough to get us all in the same room at the same time,” Krug said of the band’s approach, “so when we do get to write songs there isn’t really time for our egos to get in the way.”

The legion of bearded, sweater-vested critics will want to file this album under ‘Prog Rock’ because it doesn’t offer up sugary cast-offs for the short-attention-span set, but no one ever danced to The Lamb Lies Down on Broadway. It might instead be this generation’s Marquee Moon, or an indie rock Chinese Democracy released thirty years early and sixty million dollars under budget (and without cornrows, to boot). Better, though, to think of it as the sound of a band edging forward into a wispy darkness, one hand reaching out, the other firmly clutching the past.